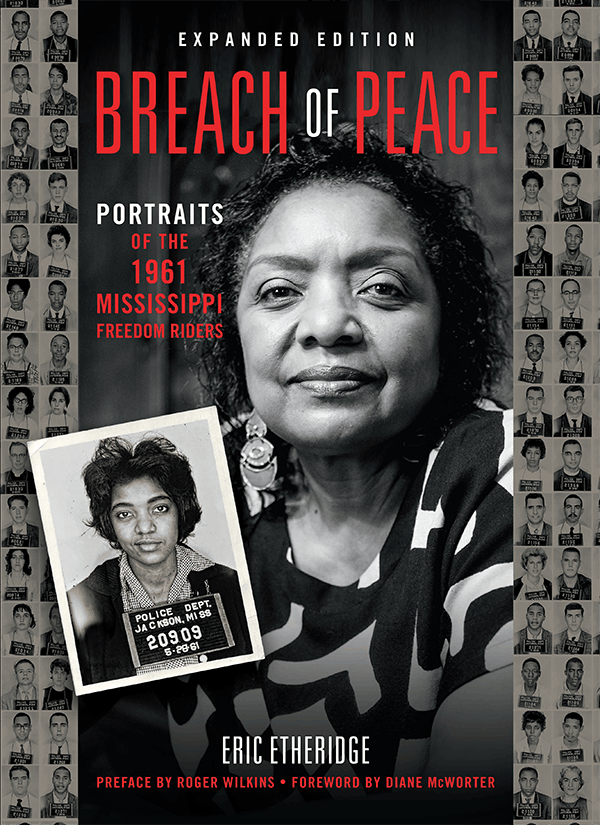 "An arresting and stunning artistic feat." -- Ta-Nehisi Coates in the Atlantic

"Basically, this book is like a gateway drug." -- Shauna on Goodreads

Breach of Peace is a photo-history of the 1961 Mississippi Freedom Riders. The book includes the mug shots of all 329 Riders arrested in Jackson that year, along with contemporary portraits and profiles of more than 90 Riders.

"The mug shots turn out to be a remarkable exercise in folk portraiture.

Seeing them side by side with Etheridge’s terrific portraits of the same men and women forty-five or more years later exerts a fascination reminiscent of Michael Apted’s 'Seven Up' film series. " -- Rick Hertzberg in the New Yorker || More reviews 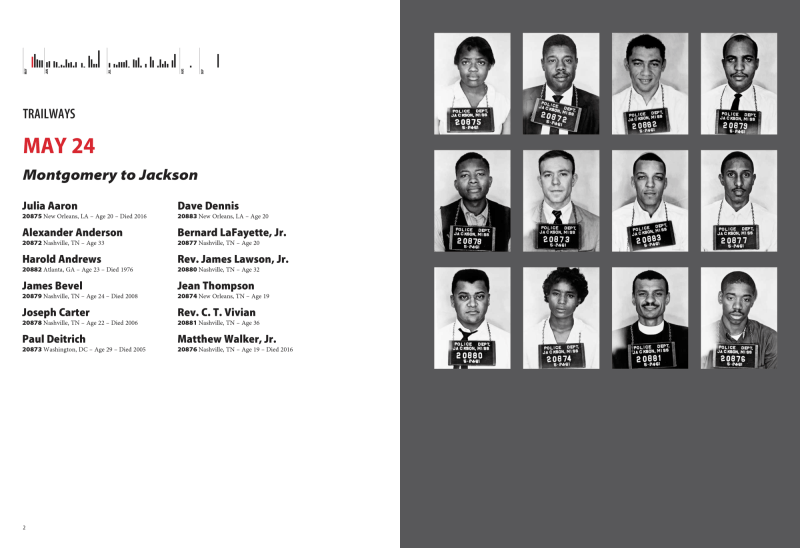 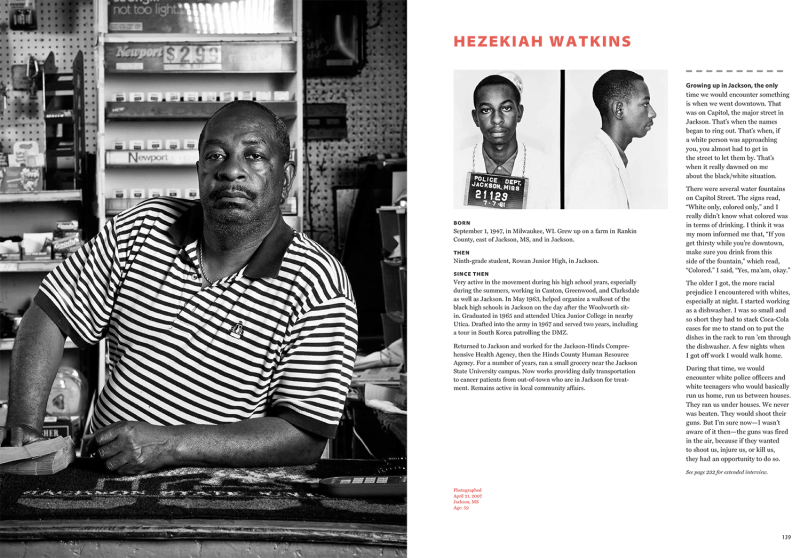 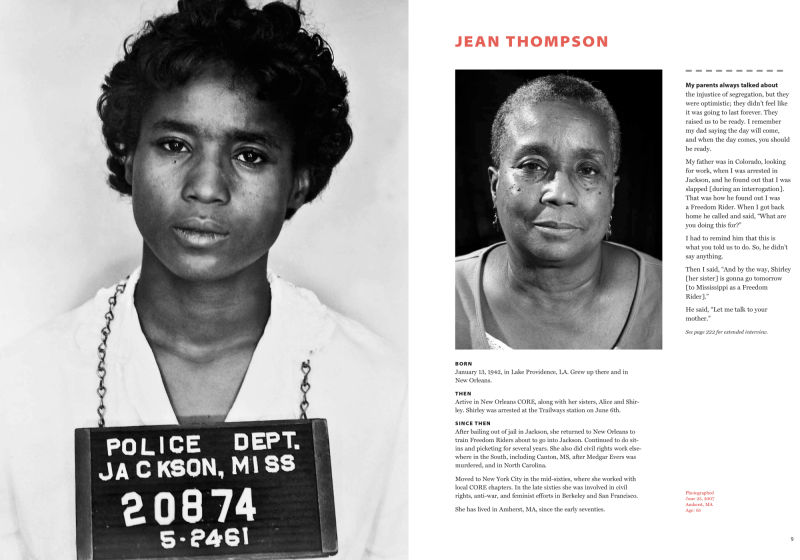 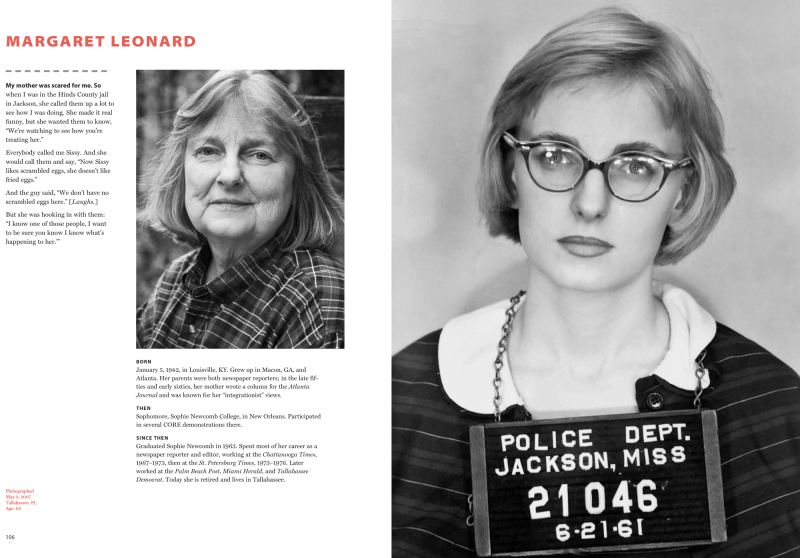 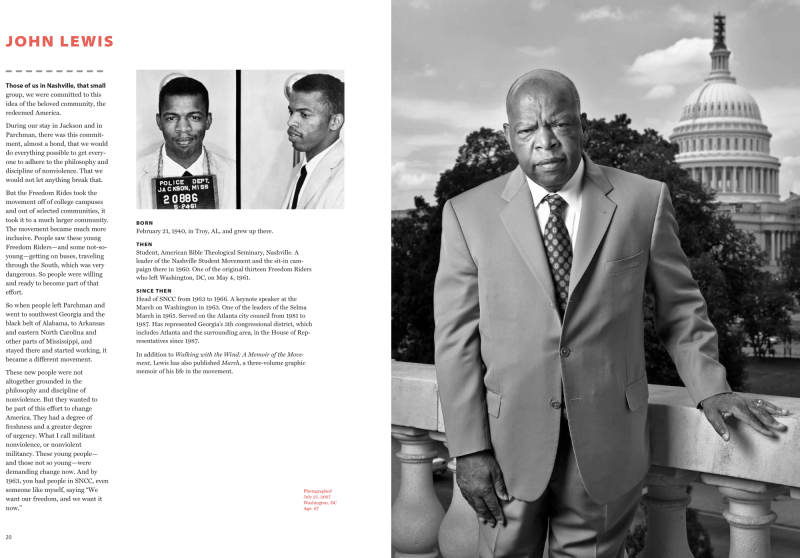 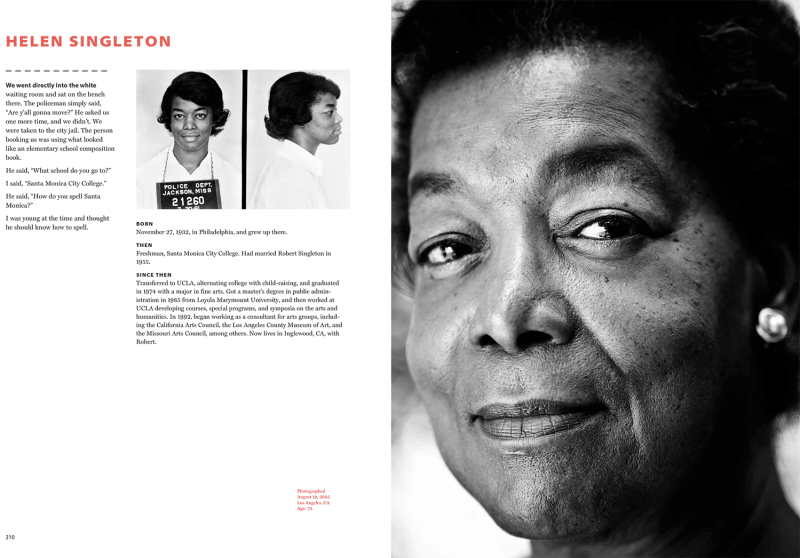 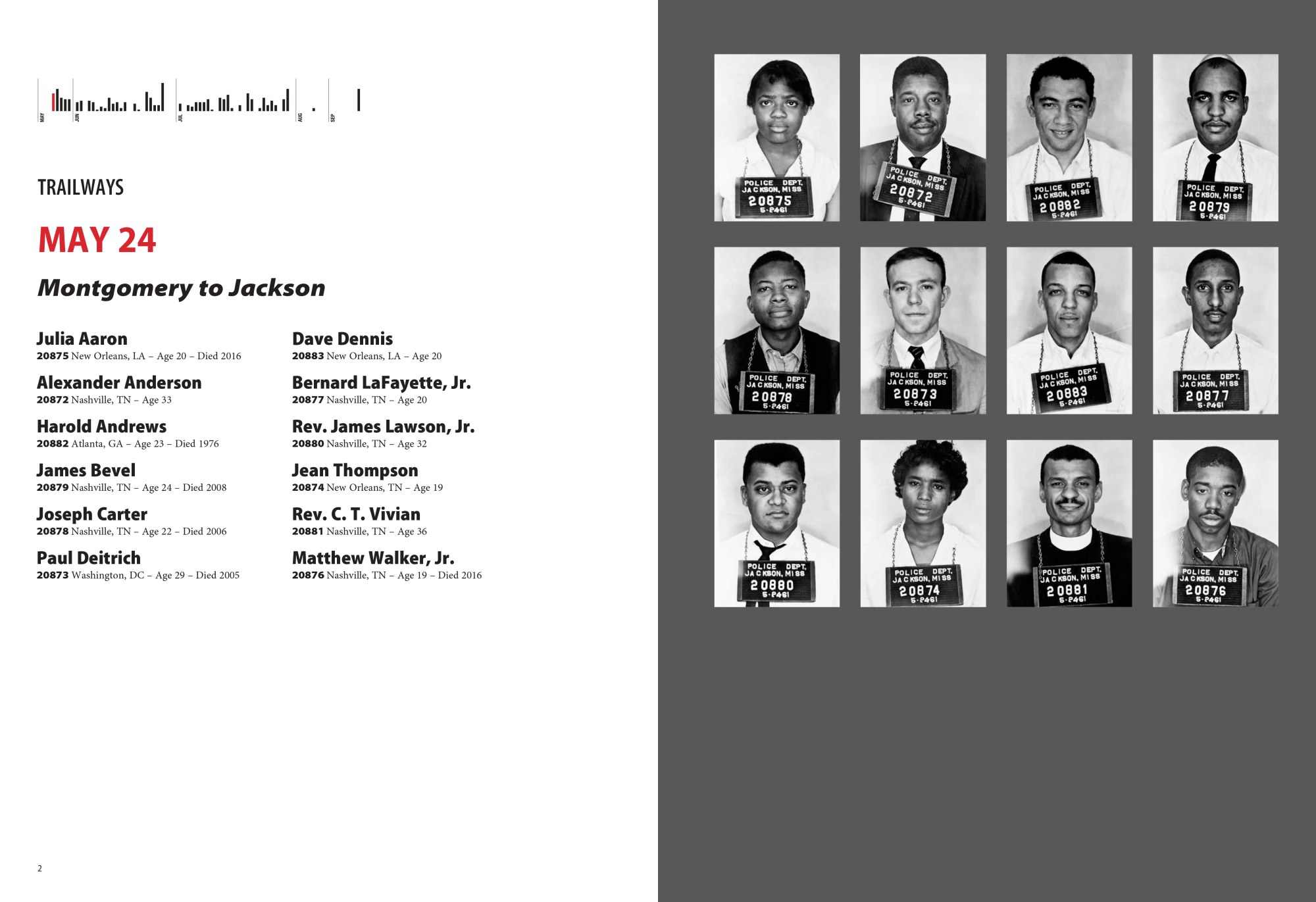 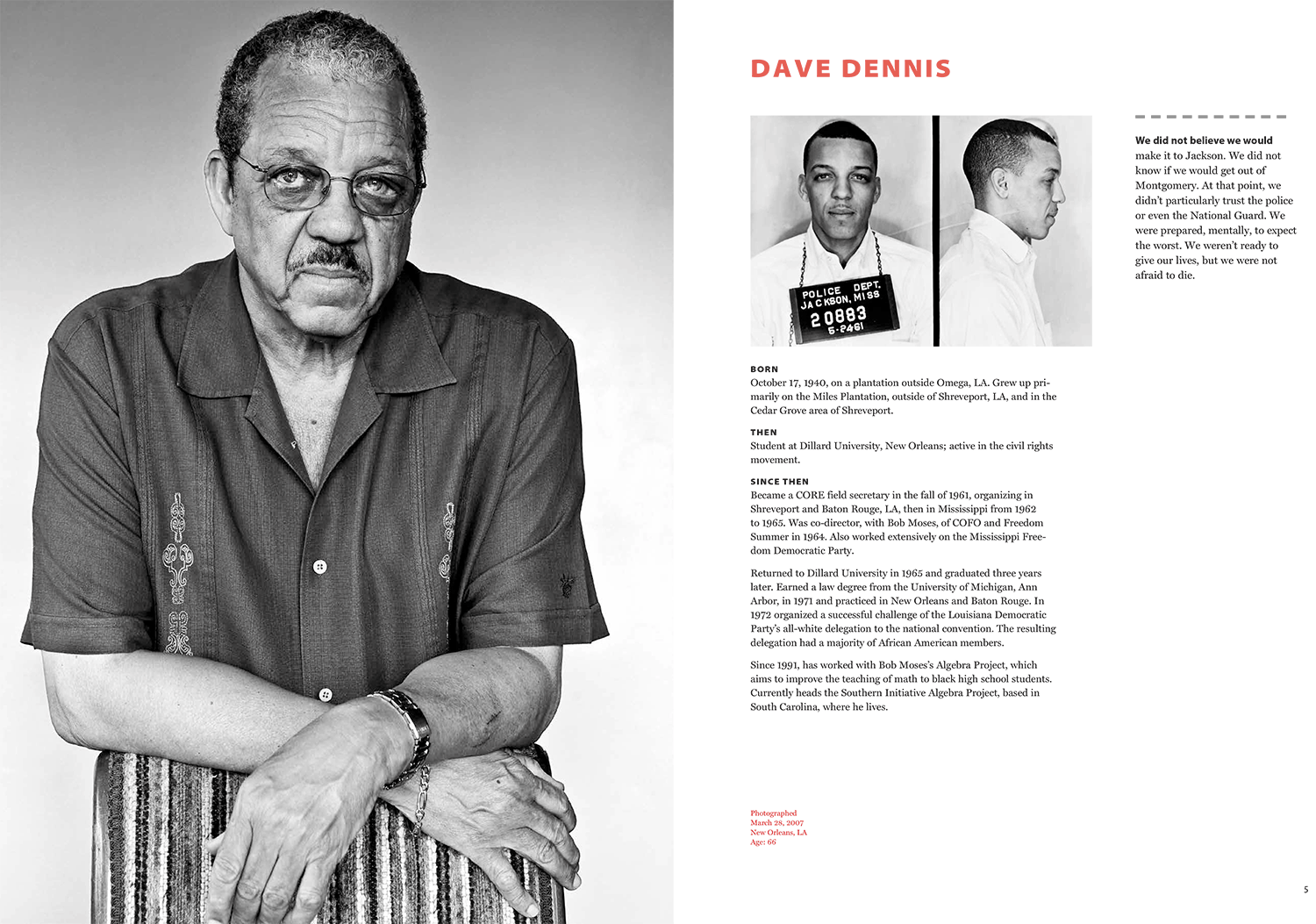 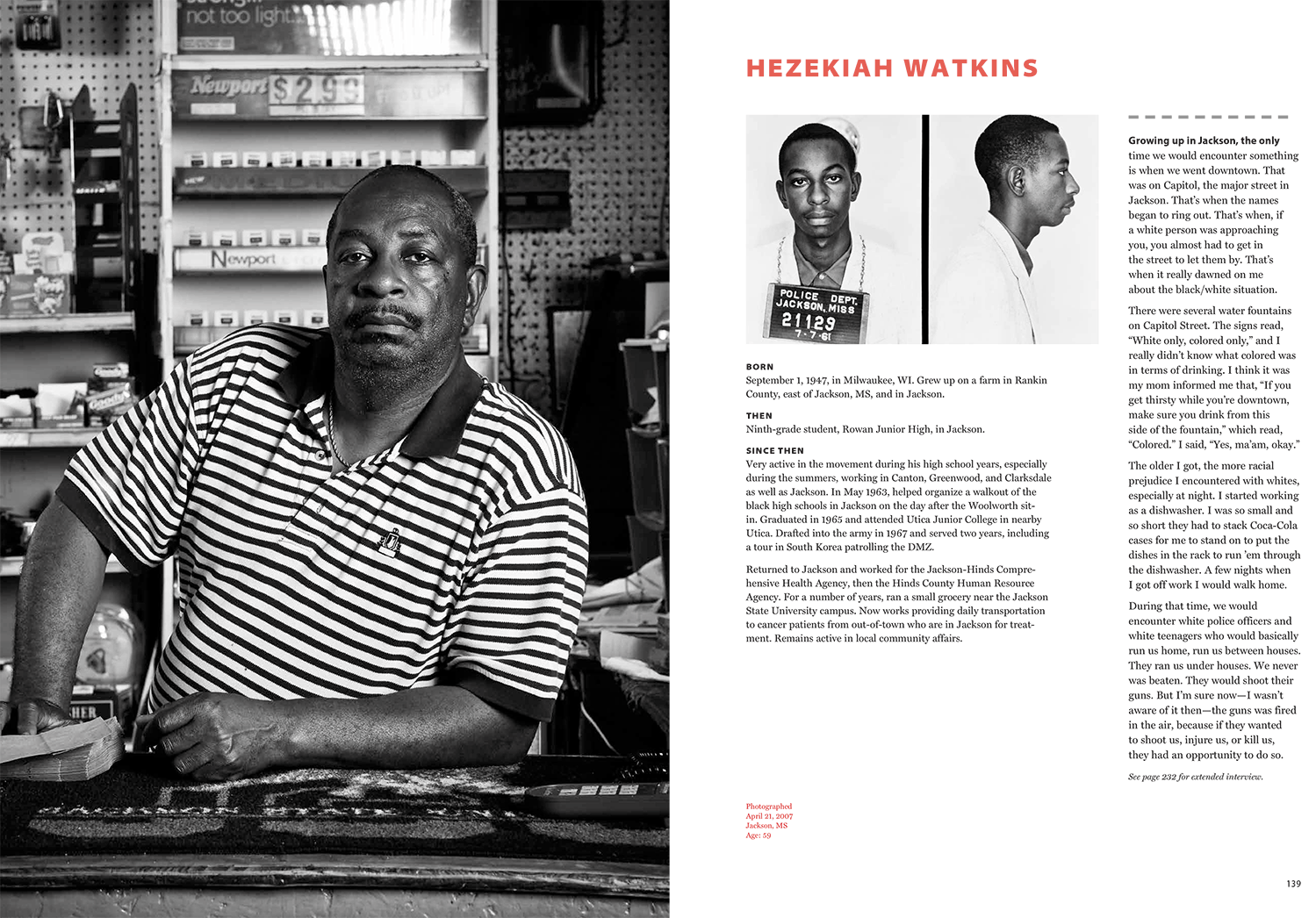 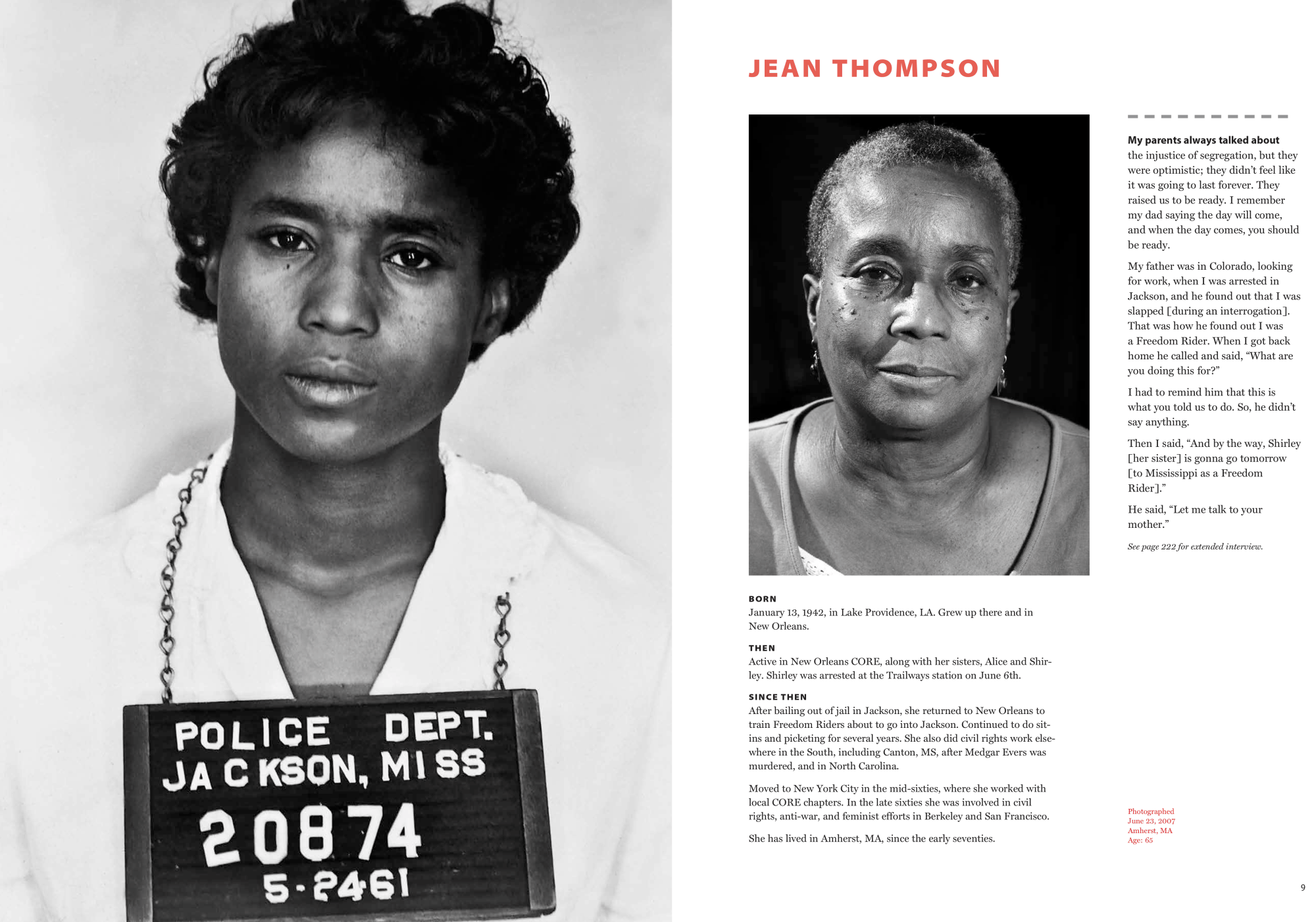 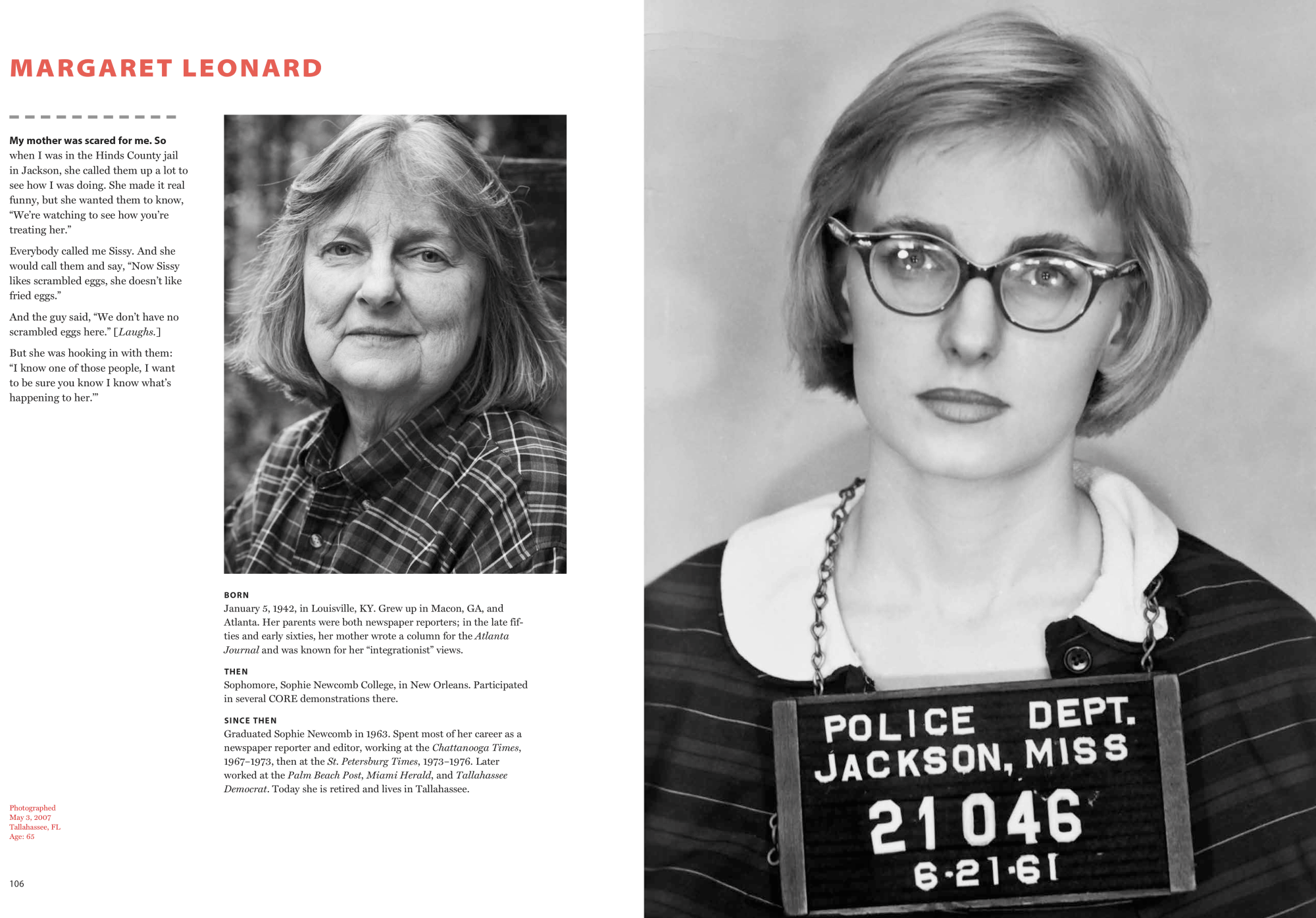 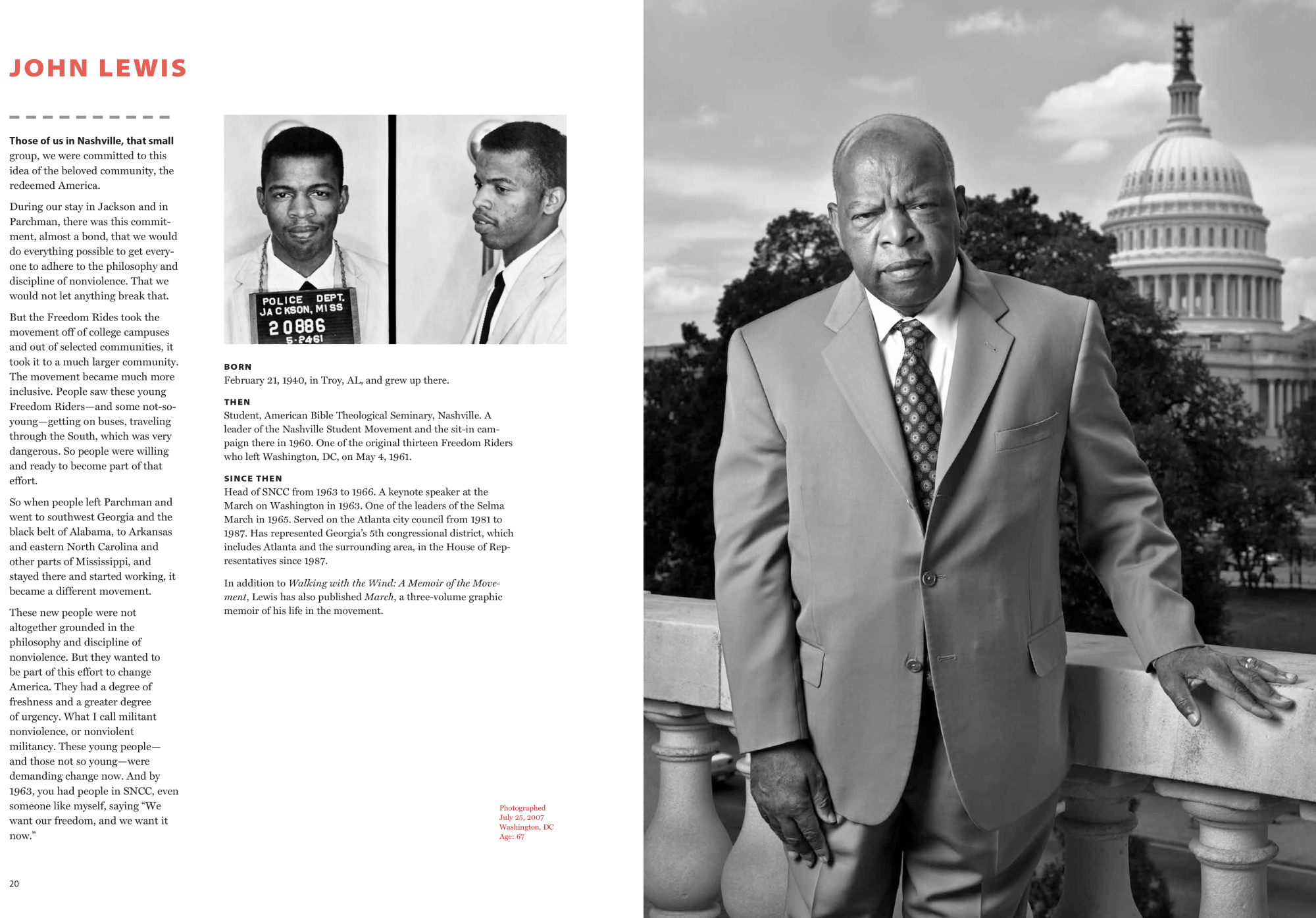 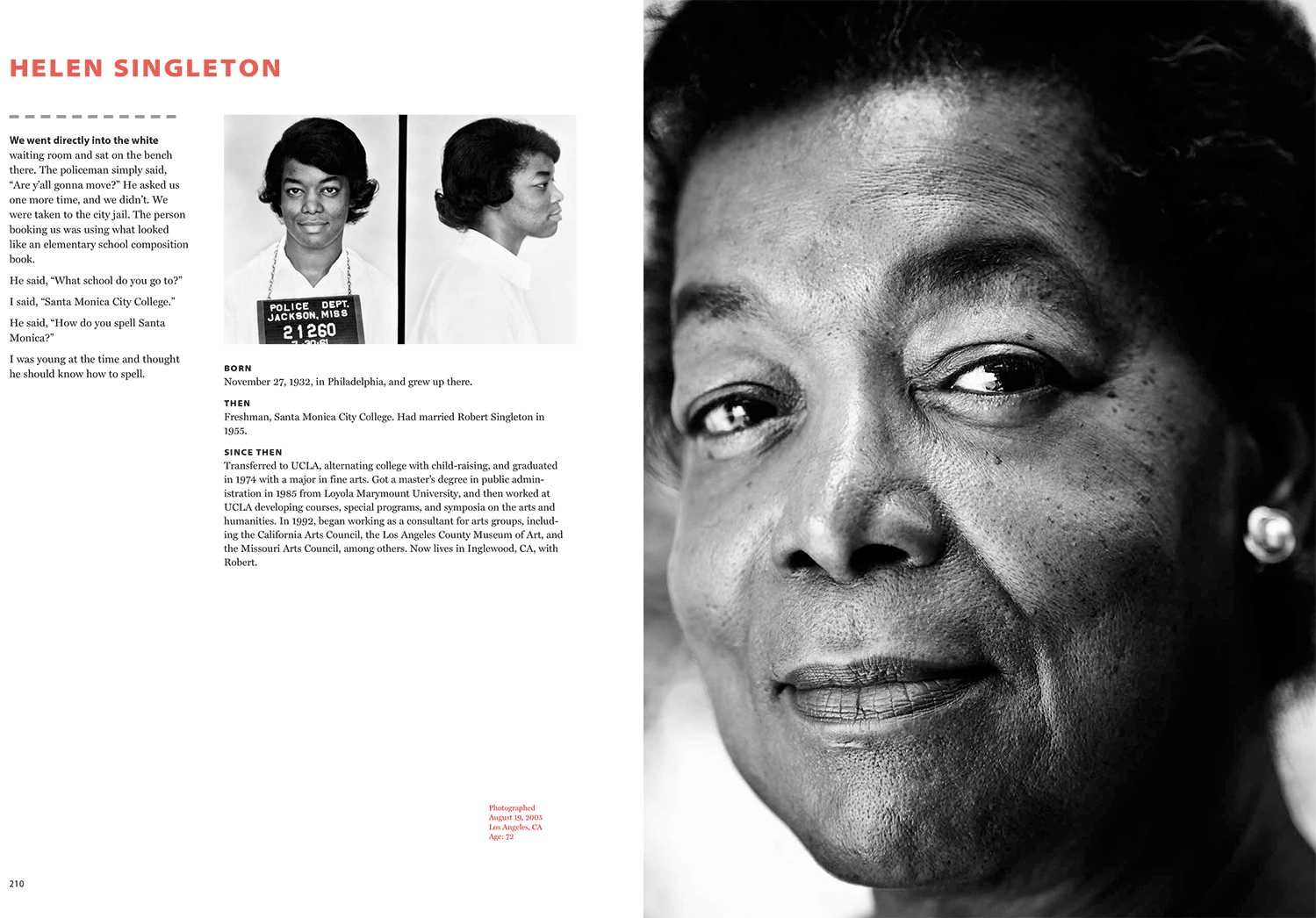 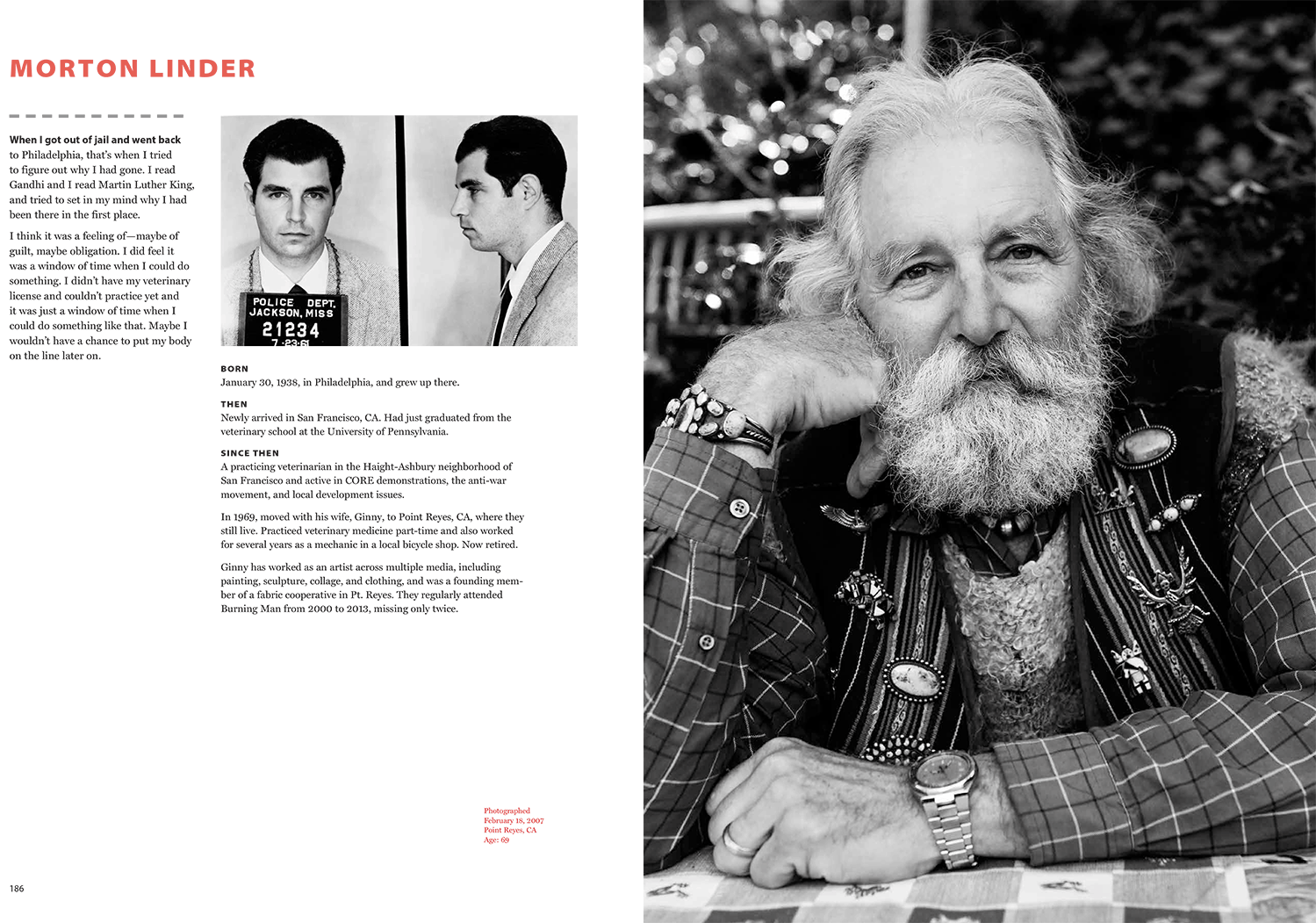 "The pictures draw you in, but the text makes you linger.

What has happened, over the decades, to these young, earnest people? Brief interviews and mini-biographies become mesmerizing time capsules, allowing you to eavesdrop on details of the riders’ lives, as if overhearing snippets of conversation from an adjacent bus seat." --Jennifer Balderama in the New York Times  || More reviews

On the cover
Catherine Burks-Brooks

Catherine Burks-Brooks was was a student at  Tennsee State University in 1961, and already a veteran of the movement.

"It might have been around fifth or sixth grade when I began to protest again the way things were. I refused to step aside when walking downtown, when a white person would approach me. Thinking it about, years later, I suppose that was a form of protest.
"My mother, she used to carry me to town, and she used to pull me in front of her when we approached white people. When I was on my own, I refused to step aside.
"In high school, I threw the 'colored' sign out the window. They didn’t do anything to us because none of us would admit doing it.
"Later, during the sit-ins and picketing in 1960, it was touchy to have someone maybe push you and to not push back. I
was Christian and everything, but I was kind of used to pushing back, used to not stepping to the side. With the nonviolence, you’re kind of stepping to the side.
"I can remember in one of the demonstrations, a white fella with a cigarette coming toward my face. I was just standing there and I was not gonna move. My girlfriend, Lucretia [Collins], was behind me. She told me later that she was gonna put her hand in front of my face. But I was gonna stand there. He didn’t put the cigarette on me, but I had planned, in my mind, I was gonna stand there." ###